Sorry, we don't support your browser.  Install a modern browser

I would suggest a web app where I can add and change my vocabulary. This would be very helpful because I work with Windows and learn vocabulary on iOS. Currently I have to enter all new vocabulary manually, which takes a lot of time and is also prone to typos.

Alternatively, a Windows app would be just as good :) 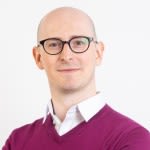 Thank you for your feedback, Robert!
While we of course understand that a Windows or Web app version would make Wokabulary accessible to even more users, we have to say that we are not planning to implement versions for other platforms in the nearer future. We are a small team of iOS and Mac developers and focus on these platforms. In fact we plan to integrate even deeper with platform specific features on iOS, iPadOS and macOS (like widgets).

I understand that inputing the words on the iPhone is a bit cumbersome. Did you know that even on the iPhone, you can import word lists? Just get a CSV file with your word list on your phone (e.g. via iCloud or Dropbox). Then open the share sheet for that file and you can send it to Wokabulary, where you can import the words. So, as a workaround, you could prepare your words on Windows and then import them to Wokabulary on your iPhone, saving you annoying typing on the small screen 😉

thank you very much for your straight answer. I can understand that you guys are focusing on the Apple platform. In fact, I didn’t know about the - somewhat hidden - possibility of importing from CSV via the iOS app. I’ve been using my Macbook for the import so far, but I normally use it with Windows via Bootcamp. This then required a new start of Mac OS on my laptop. The import via the iOS app has already helped a lot!

I also noticed that the importer ignores duplicate entries, which is very good for the workflow :)

Regarding the importer itself, I would suggest the following improvements, which would be very helpful at least for my workflow:

I hope my feedback helps you to evolve the app significantly with minimal effort and attract more users with cross-platform environments.

If you have any further questions, please do not hesitate to contact me.

Hi Robert,
actually the CSV import already supports comments and tags, just the columns are used in different order from your suggestion:
https://support.wokabulary.com/article/27-csv-file-format-for-importing

It’s a good idea to have a visible import function. I added that to our backlog. Directly opening files from Files or Cloud provider apps is a new feature in iOS (since iOS 14, I think), so we haven’t looked into it yet. But it certainly would make the feature much easier to discover.

thank you very much for the tip. I followed the instructions, however the app indicates that it only imports the first two columns. I even used the CSV example given in the instructions to check this (see screenshot).

My app version is 5.10. The behavior is seen on both iPad and iPhone.

Do you have any idea what the problem could be?

I haven’t heard anymore on my question about importing. Could you give me a hint what I might have done wrong?

Hi Garbiel, I have now tested the function and it worked. What irritated me was that the columns for the comments and tags were not visible in the import preview. If you click on import, the data appears correctly in the entries. This makes my request obsolete.

Hi Robert,
Sorry for the late response.
Yes, I should have made clear that the tags and comments are not shown in the preview. We need to improve that in future versions.

Changed the status to
Unlikely
2 months ago
Make a suggestion